In 1984 a friend at the Gosnells Football Club where I was playing asked me to DJ his engagement party, using borrowed equipment and records the night was a success. From that show more offers of DJ/Compere work came and that started a career that has spanned over 30 years and has taken me overseas and around Australia.

Also in 1984 I started doing promotional work for Myer at Carousel, this consisted of doing PA announcements, spruiking on the floor and giving away prizes in various promotions that we were running. 1984 was a big year because I also started working as a gym and aerobics instructor at Laurie Potter's Cannington which was completely different from my previous life as the owner of a Newsagency in Gosnells.

In 1987 I auditioned for the role as a compere of the Atlantis Marine Park in Yanchep, I was fortunate to get the position with so many people applying. This is the best job I have ever had with acting roles in the Sea Lion Show, education talks and compering the acclaimed Atlantis dolphin show.

In 1990 Atlantis closed and I moved to Queensland to work at Sea World on the Gold Coast, my stint there was short lived as I auditioned for the role of compere of Manpower Australia, I managed to get the position which took to me to the USA, Canada, NZ and to every state in Australia. The show went to North America for the first time and we worked in Canada from Vancouver to Nova Scotia and in the USA from California to Maine, also working in Las Vegas and including a season at the Horizon Casino in Lake Tahoe.

I left Manpower at the end of 1992 due to the amount time away from my DJ/MC business which I continued to do when back in Perth. Over the years I have worked at countless Weddings, Corporate Functions, Parties, Retro Bingo and Quiz Nights working at all the premier venues in Perth.

In 1999 I was asked to work as a consultant at Underwater World Singapore teaching their MCs how to compere dolphin shows. I had 2 stints in Singapore before compering the first few shows and then handing over to their MCs.

In 2001 and 2002 I ran a very successful over 25's club at the Floreat Hotel and Pagoda, these nights would often attract over 300 hundred people and would consist of a band and myself being the DJ/MC.

In 2002 I started work as the announcer at the WACA, where I was the PA announcer for 17 years. Some of the major announcements I have made include  announcing the highest ever test score by Mathew Hayden in 2003 (380 since surpassed by Brian Lara), the Ashes series wins in 2002 and 2006, the second fastest test century by Adam Gilchrist in 2006 (57 balls), Ricky Ponting's last test match in 2012, and the first 20/20 game ever played in Australia on January 12th 2005.

I have been extremely lucky to have been able to pursue my dreams and I'm still enjoying the variety of my work with the terrific support of my family. 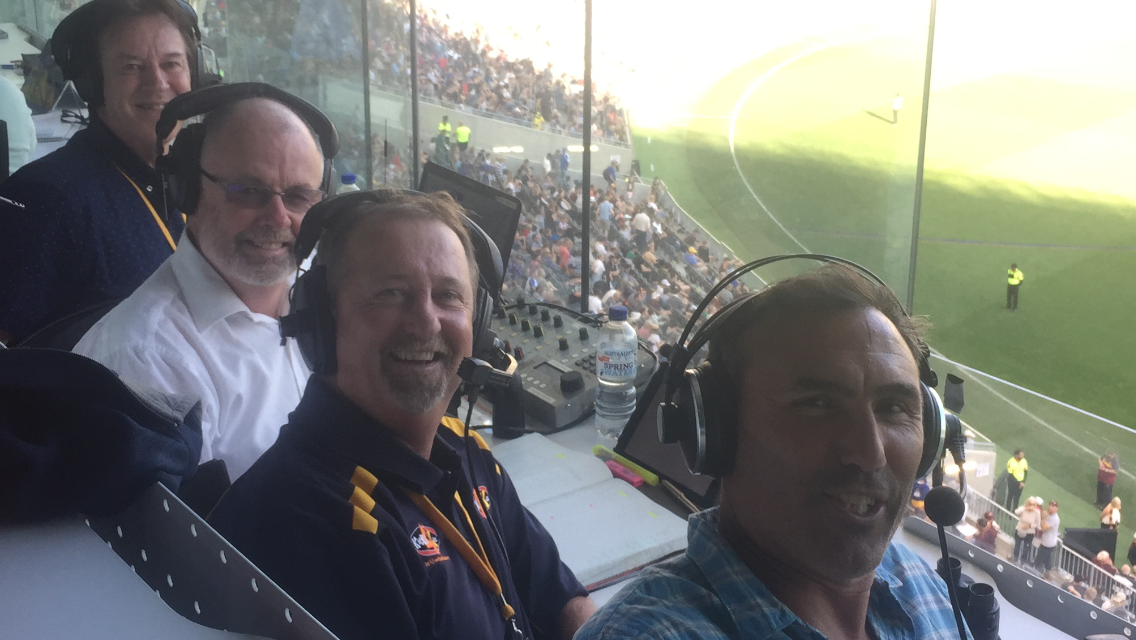